Reading: Psalm 107
(Verses 23-32)
Some went out on the sea in ships;
they were merchants on the mighty waters.
They saw the works of the LORD,
his wonderful deeds in the deep.
For he spoke and stirred up a tempest
that lifted high the waves.
They mounted up to the heavens and went down to the depths;
in their peril their courage melted away.
They reeled and staggered like drunkards;
they were at their wits’ end.
Then they cried out to the LORD in their trouble,
and he brought them out of their distress.
He stilled the storm to a whisper;
the waves of the sea were hushed.
They were glad when it grew calm,
and he guided them to their desired haven.
Let them give thanks to the LORD for his unfailing love
and his wonderful deeds for mankind.
Let them exalt him in the assembly of the people
and praise him in the council of the elders (NIV). 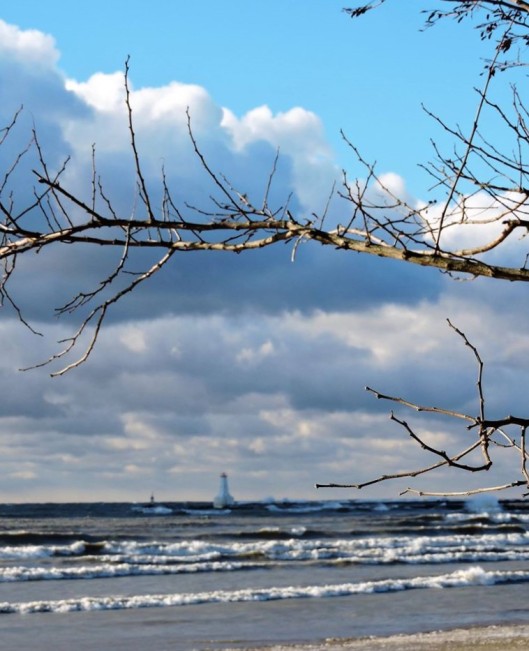 Reflection
There is something very primal or basic about our understanding of God and storms. We know that we cannot control the weather. Storms and floods are acts of God well beyond our limited power. All we can do is call out for God’s mercy just as the men in this vignette from Psalm 107 did. Then they cried out to the LORD in their trouble, and he brought them out of their distress.

Jesus’ disciples found themselves in an identical situation one day. Fear of drowning is one of those fears that haunts all of us.

A furious squall came up, and the waves broke over the boat, so that it was nearly swamped. Jesus was in the stern, sleeping on a cushion. The disciples woke him and said to him, “Teacher, don’t you care if we drown?”

For the disciples this was one of those experiences that confirmed the deity of Jesus. They were not following an ordinary man, but rather God clothed in human flesh.

Response: LORD God, I want to see Jesus and experience him in my life. Open my eyes to who you really are. Jesus, please still the storms that roil the seas on which I sail. I need to hear your calming voice speaking into my life. Amen.

Your Turn: Are you being hit by the storms of life? Have you called out to God in your time of need?

5 thoughts on “The Master of the Storm”