Reading: Psalm 68
For the director of music. Of David. A psalm. A song.
(Verses 1-6)
May God arise, may his enemies be scattered;
may his foes flee before him.
May you blow them away like smoke—
as wax melts before the fire,
may the wicked perish before God.
But may the righteous be glad
and rejoice before God;
may they be happy and joyful.
Sing to God, sing in praise of his name,
extol him who rides on the clouds;
rejoice before him—his name is the LORD.
A father to the fatherless, a defender of widows,
is God in his holy dwelling.
God sets the lonely in families,
he leads out the prisoners with singing;
but the rebellious live in a sun-scorched land (NIV). 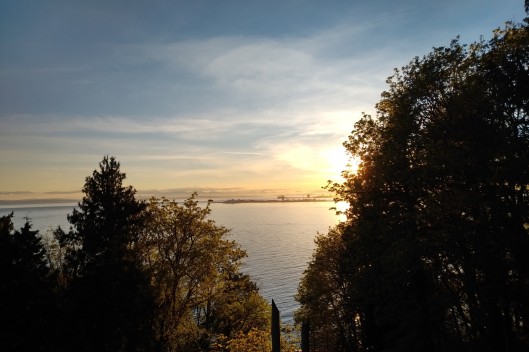 Reflection
Anyone who has read through the Book of Psalms will readily admit there is a great deal of variety from psalm to psalm. Some psalms are filled with joyous praise, while others are personal or even national laments. Some are filled with humble contrition, while others call for retribution against one’s foes. Each psalm is reflective of the state the psalmist finds himself in. In this respect the psalms act as a Spirit-inspired mirror of the human condition. The highs and lows of life are reflected there.

Psalm 68 is a hymn of triumph—national triumph. Think of it as a triumphant processional song. The enemies have been vanquished and God’s army has returned victorious. May God arise, may his enemies be scattered; may his foes flee before him.

Because God has won the victory, His people can rejoice before Him. Sing to God, sing in praise of his name, extol him who rides on the clouds; rejoice before him—his name is the LORD.

In his lifetime David experienced many victories over his foes, but he did not take credit for his successes. He knew that his triumphs came from the LORD. God was his personal defender—but God was and is also the defender of the fatherless and the widow.

We too have experienced a great victory. It was won for us on Mount Calvary. Satan and the power of sin and death were defeated there. Jesus triumphed over hell and the grave through his resurrection. Now that victory is ours by faith. Rejoice before him—his name is the LORD!

Response: LORD God, I thank you for the victory Jesus won on my behalf at the cross. I praise you for your unconditional love. Help me walk triumphantly in life today because of you, Lord Jesus. Amen.

Your Turn: Are you experiencing victory today? Allow the eternal significance of Christ’s victory permeate your heart and mind.