In today’s reading, Marcus Longinus the centurion, disguised in his civilian clothes, is waiting by the city gate for the arrival of Jesus. It is the morning of the second day of Passover Week.

Then someone ahead of me pointed and yelled, “That’s him! He’s coming!”
Necks craned. I raised my hand to shade my eyes. Just over the brow of the hill, a figure in white rabbinical robes was beginning his descent into the Kidron Valley. It soon became apparent he was not alone. A clutch of young bearded men surrounded him, and trailing behind was an assortment of wives, children, and barking dogs of both types, canine and human. The whole entourage may have numbered a hundred twenty. There was no donkey today and, to my relief, no thronging thousands. I’m sure there was a collective sigh of relief above the gate as well.
The near-giddy anticipation of these spectators was something I had not expected. I was surprised to find myself caught up in it. The front edges of the crowd by the wall surged forward to line the roadside. Meanwhile, others continued to pour through the gate.

The man to my left stepped forward, planting his foot on my toes. I grunted in pain and instinctively pushed my thumb and knuckles into his ribs. This brought the desired relief, and the man turned to face me. It was the man with the boy on his shoulders.
“My toes!” I gestured.
“Sorry, my friend.”
I felt slightly embarrassed by the gruffness of my response. “You’re waiting to see Jesus,” I offered, stating the obvious.
“Yeah. The kids are crazy about him.” He nodded in the direction of the brood to my right. “It’s all they talked about since we came yesterday.”
I could tell from his accent that he was from Galilee, so I continued. “Do you know much about him? See, I’m a Passover pilgrim from Alexandria in Egypt. All I know is what I saw yesterday.”
“That was incredible!” he enthused. “Did you see him come in on the donkey? That’s fulfillment of a prophecy.”
Then he took on a more distant, thoughtful look, and he began to quote. “Rejoice greatly, Daughter Zion! Shout, Daughter Jerusalem!” And now his eyes brightened. “See, your king comes to you, righteous and victorious.” He slowed for emphasis, and with his free hand stabbed the air. “Lowly and riding on a donkey, on a colt, the foal of a donkey.”
It always amazed me how these people memorized their Scriptures. “So, do you think he’s”—I hesitated—“the Christ?”
“Shh!” He gestured with a finger to his lips and a glance to the wall. “Or the stones will hear.”
He continued. “There is no one like him. He drives out demons. He heals the sick. Even the dead have been raised. And yesterday”—his voice raced with excitement— “yesterday I saw this with my own eyes. He healed a man born blind.”
Seeing my interest, he pressed on.
“In the morning, we were leaving Jericho, the whole throng from Galilee, and by the side of the road was this blind beggar. He was yelling, ‘Jesus, Son of David, have mercy on me!’ Jesus stopped and touched the man’s eyes.”
He made as though he would touch my eyes.
“And he was healed!” His own bright eyes beamed at me as he smiled broadly. The boy on his shoulders also joined in his father’s enthusiasm as for the first time he smiled down at me.
We began to reposition ourselves, for the object of our conversation was now drawing near.
He nudged my shoulder. “And when he speaks, it’s like God is talking to me. None of the rabbis speak like him. It’s like he has seen heaven and heard the voice of the Holy One.” A girl in her teens near the front edge of the crowd shouted, “Hosanna to the Son of David!”
Soon others joined in. The masses surged around him, and together we squeezed through the Messiah Gate and pressed on toward the temple.

For book purchases and a closer look at The Soldier Who Killed a King try Amazon or christianbook.com.

Here’s a journey to the cross and the open tomb you will never forget.

I will praise the LORD! 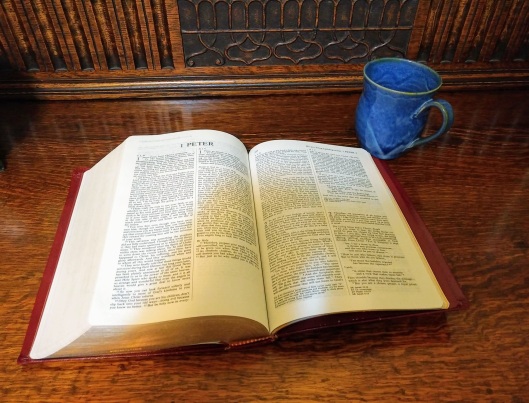 What shall I return to the LORD
for all his goodness to me?

I will lift up the cup of salvation
and call on the name of the LORD.
I will fulfill my vows to the LORD
in the presence of all his people.