Remember, LORD, what the Edomites did
on the day Jerusalem fell.
“Tear it down,” they cried,
“tear it down to its foundations!”
Daughter Babylon, doomed to destruction,
happy is the one who repays you
according to what you have done to us.
Happy is the one who seizes your infants
and dashes them against the rocks (NIV).

German is a fascinating language. It’s a language that specializes in compound words—short words that are combined to form longer words. Some English language examples of compound words are homerun, overcoat and windshield. 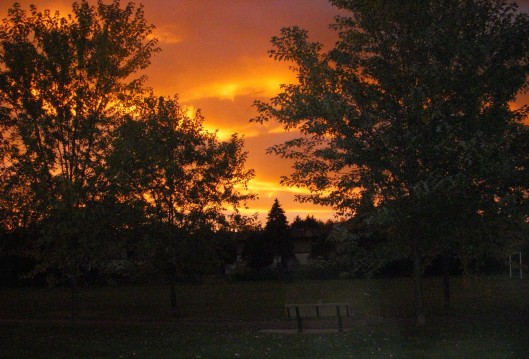 Schadenfreude is a compound German word. Actually, it’s such a useful and descriptive word that it has migrated into the English language and it can be found in any quality English dictionary. Schaden means harm or damage. Freude means joy. Simply put schadenfreude means joy experienced at another person’s expense—rejoicing in someone else’s suffering or loss.

This psalm is not the only biblical counsel for us to have to avoid rejoicing in other people’s harm: Do not gloat when your enemy falls; when they stumble do not let your heart rejoice, or the LORD will see and disapprove and turn his wrath away from them (Proverbs 24:17-18).

If the LORD is punishing the evildoer, we should not appear too smug. We are spared by the grace of God and not by our moral superiority. The self-righteous suffer from delusions of pride. It’s best not to identify with that camp. The opposite response is called for. Rather than crowing over someone else’s misfortune, we should be offering help or drawing lessons on how to avoid a similar calamity.

I need to replace my schadenfreude with the joy found in extending mercy, grace and compassion.

Response: LORD God, at times I have been guilty of schadenfreude. Help me to show compassion rather than smug indifference when I see others experience loss. Thank you for your ongoing mercy. Amen.

Your Turn: Have you experienced schadenfreude? How do you keep it in check?