In today’s reading, Marcus is in a discussion with his friend and fellow centurion, Renaldo. They are at the Roman bathhouse at the end of a long day. Date: Wednesday, April 5th, 30 A.D.

I sat down again beside the pool and let my feet dangle in the tepid water. Renaldo put his hand on my shoulder as he eased himself down into a similar position.
“So what do you mean by that? How do you think this will end?” he asked.
“This Galilean prophet’s days may be numbered. He’s stirred up a hornet’s nest by kicking those merchants and money changers out of the temple. He’s offended and humiliated the high priest and his clan. He’s cut off a major source of their temple revenue. He called the Pharisees a brood of vipers. And if that’s not enough, he predicted that their power, their kingdom as he calls it, will be taken from them and then given to others.”

I paused and kicked my right foot out straight, scattering a shower of drops onto the flat surface of the water. “You don’t say and do those kinds of things without creating some enemies. I’d say he’s sealed his own fate.”
With a furrowed brow, Renaldo asked, “Where’d you get this information?”
“Claudius. Claudius told me. Yesterday I had him sit in on one of the prophet’s teaching sessions. It was quite an eye- opener. Jesus doesn’t just heal the poor; he takes a skewer to the bloated rich. He’s publicly opposed the rich and powerful in this town, and his opposition has been right to their face. If nothing else, the man’s got courage.”
I drummed my fingers on the poolside tiles and then continued. “I tell you, Renaldo, they won’t stand for it. They’re probably hatching some plot to do away with him right now, as we’re sitting here talking.”
“Yeah, but he healed all those kids,” he said. “Doesn’t that show that the God of heaven is working through him?”
“The God of heaven? Do you honestly think that matters to them? This is all about money and power. That’s their real god. Jesus is a threat to their money and their positions of power. Healing a few poor kids, the offspring of the unclean—that isn’t going to mean a thing to them. You’re right. You hit the nail on the head. They’re puffed- up swine that care only about themselves. There isn’t a drop of mercy in them.” Then with scathing irony I added, “But they’re right. They’re always right. Right to the letter of the law.”
“So what do you think they’ll do?”
“I’m not sure. But I know what they won’t do. They won’t arrest him with that crowd around him. They know better than that. They’d have a bloody riot on their hands. There’s no doubt about that.”
Thought after thought came racing in as I considered the implications of my own words. “They might wait till after Passover when the crowds leave, but then Jesus would probably leave with the crowds and head right back to Galilee. Then he’d be out of their hands. No.” I hesitated and then briskly snapped my fingers. “I think they’ll try to act now, if they can. He’s humiliated them in front of the people. They won’t stand for that. Caiaphas won’t stand for it. Jesus has co-opted the high priest’s authority right within the temple courts. Blood will flow because of it. Mark my words. It will flow.”
“But what could they do to him? What crime has he committed?” Renaldo reasoned. “You know the Jews can’t condemn a man to death. They can’t have him crucified. They would have to bring him before Pilate.”
“Yes,” I said, “but accidents happen in the dark of the night. And Renaldo, I think you underestimate the old Weasel. If anyone can twist the law to his own liking, Caiaphas can. That Weasel can kill his prey in more than one way. The big question is, can he get his hands on the prophet?”
“So you really think there’ll be a confrontation?”
“Absolutely. From what I saw on Monday, the confrontation has already started. It 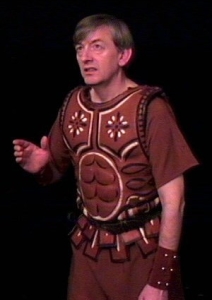 started when Jesus kicked out the merchants. Later, when I was there, the high priest’s men questioned him, but he wouldn’t back down. Then yesterday, according to Claudius, he humiliated Caiaphas and his delegation right in front of the crowd. Like I said, he called the Pharisees and the teachers of the law a pack of hypocrites and a brood of vipers. I’d call that a confrontation. And he didn’t do it out in the desert; he did it right in front of them, in front of the pilgrims, and right in their holy place. I tell you, the man’s got guts.”
“But”—I paused to emphasize my point—“I’m just waiting for the other side to strike back. And they will.”
I made a long, sweeping motion with a pointed index finger and then stabbed down spear-like into my friend’s bare ribs. “I’m sure they will.” Instinctively Renaldo recoiled, shrugged off my antics, and then said,
“But you don’t think he’s a threat to Rome?”
“Not from what I’ve seen or heard. But he is a threat to Caiaphas. Right now he’s their problem. And that’s where I want to leave him. If blood’s going to flow, I don’t want it getting on these hands.”

Reading: Psalm 49
For the director of music. Of the Sons of Korah. A psalm.
(Verses 1-12)
Hear this, all you peoples;
listen, all who live in this world,
both low and high, rich and poor alike:
My mouth will speak words of wisdom;
the meditation of my heart will give you understanding.
I will turn my ear to a proverb;
with the harp I will expound my riddle:
Why should I fear when evil days come,
when wicked deceivers surround me—
those who trust in their wealth and boast of their great riches?
No one can redeem the life of another
or give to God a ransom for them—
the ransom for a life is costly, no payment is ever enough—
so that they should live on forever and not see decay.
For all can see that the wise die,
that the foolish and the senseless also perish,
leaving their wealth to others.
Their tombs will remain their houses forever,
their dwellings for endless generations,
though they had named lands after themselves.
People, despite their wealth, do not endure;
they are like the beasts that perish (NIV). 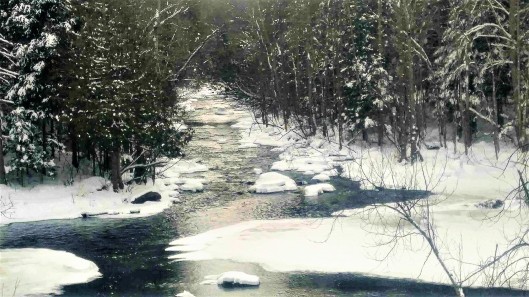 Reflection
This opening portion of Psalm 49 reminds me of that old maxim: There are only two certainties in this life: death and taxes. The same fate awaits us all; no one is spared. The Grim Reaper cuts down all without exception. The psalmist asserts the obvious: For all can see that the wise die, that the foolish and the senseless also perish, leaving their wealth to others.

But the psalmist is not entirely correct. He makes a sweeping statement that fails to account for a most unusual exception. The psalmist states: No one can redeem the life of another or give to God a ransom for them—the ransom for a life is costly, no payment is ever enough—so that they should live on forever and not see decay.

Jesus Christ is that unusual exception. He proves the psalmist wrong. Jesus paid my ransom. He redeemed my life. He went to the cross on my behalf and there he poured out his life blood so that I can live forever. Then to prove that Jesus’ sacrifice was accepted, God the Father raised Him from the dead. Death no longer has dominion over Him. Better still, those who put their trust in Jesus Christ will be raised to life on the last day. Praise be to God, who breaks the bonds of death.

Response: LORD, I thank you for the victory of Jesus! By faith I will live and reign through Him. Lord Jesus, you are my redeemer. I rejoice in your great love. Eternity is mine. I am forever grateful. Amen.

Your Turn: Jesus faced death and overcame. Will you be an overcomer too through Him?