Reading: Psalm 99
(Verses 6-9)
Moses and Aaron were among his priests,
Samuel was among those who called on his name;
they called on the LORD
and he answered them.
He spoke to them from the pillar of cloud;
they kept his statutes and the decrees he gave them.
LORD our God,
you answered them;
you were to Israel a forgiving God,
though you punished their misdeeds.
Exalt the LORD our God
and worship at his holy mountain,
for the LORD our God is holy (NIV). 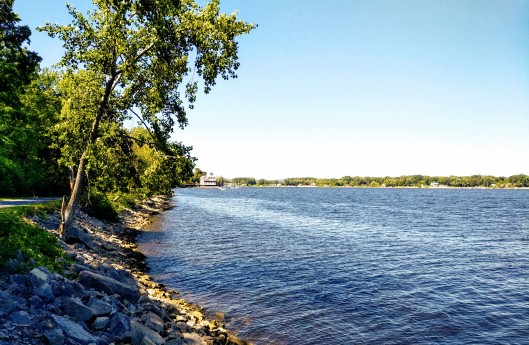 Exalt the LORD our God — photo by David Kitz

Reflection
David’s name appears in the text of several of the psalms, but this is the only psalm that lists other heroes of the faith. Moses, Aaron and Samuel, three heavy hitters of the Old Testament, are honored here. They are honored because they called on the LORD and he answered them.

I could quibble with the choice of these three. Moses struck the rock in anger when he was told to speak to it and thereby bring forth water for the people. As a consequence, he was not allowed to enter the Promised Land. Aaron gave into the people’s will and fashioned an idol—the golden calf. Samuel appointed Saul as the first king of Israel—a man who became a disappointing, disastrous leader who descended into witchcraft.

But… But then can I claim to be error free in the way I have lived my life? Like Moses I have lost my patience in more than one situation. If God treated me like Moses, there would be little hope of me reaching the Promised Land. Like Aaron I have a tendency to be led astray by the crowd, and like the prophet Samuel, at times I have backed people who stumbled badly and betrayed the Lord.

I have not lived a flawless life. That’s why I take comfort in these words: LORD our God, you answered them; you were to Israel a forgiving God, though you punished their misdeeds.

I need a forgiving God. I need a God who forgives my transgressions—those times when I think I know better, but of course I’m wrong. And if I am truly honest, I also admit that I need a God who punishes my misdeeds. If there are no consequences for my wrong doing, my transgressions will escalate. I need the discipline of the LORD, or I will go astray by following my own selfish desires. Just like the ancient people of Israel I need to live under the wise and loving rule of a holy God. How about you? Do you need a forgiving God?

Response: LORD God, you are holy. I want to live in a way that honors you. You know my failings and shortcomings. Forgive me as I call on you. I am needy, but in you I find all that I need. Amen.

Your Turn: If there were no consequences for sin would that change your life and conduct? Do you fear the consequences that come from wrong doing?